On February 23, the SBTN VOICE Finale took place at the City National Grove of Anaheim in California, in front of a live audience of 1000 people, and broadcasted live around the world on SBTN and “SBTN go”. For those unfamiliar, SBTN VOICE is the first reality show and singing competition of its kind, where 21 contestants were divided into 3 teams based on musical genre: Trữ Tình (Vietnamese Standard), Quê Hương (Country), and Nhạc Trẻ (Pop), with 1 winner being chosen from each team. During the semi-finals, the 21 contestants were eliminated until only 2 contestants remained on each team, with an additional contestant being voted back in by the audience, making a total of 7 contestants advancing to the Finale.
Those who tuned into the finale were able to see performances from the Top 7: Julia and Vũ Anh Thư from Team Trữ Tình, Nguyên Sang and Đông Trang from Team Quê Hương, and Angel Gia Hân, Việt Hoàng and Tú Anh from Team Nhạc Trẻ. Based solely on audience votes, the winners of SBTN VOICE were announced at the show’s end: Julia from Team Trữ Tình, who impressed audiences by playing the violin while singing “Ngàn Năm Vẫn Đợi” in an angelic silver gown; Đông Trang from Team Quê Hương who touched hearts and created a sense of nostalgia with her rendition of “Tàu Đêm Năm Cũ”; and Việt Hoàng from Team Nhạc Trẻ who blew audiences away with his performance of “Trả Nợ Tình Xa” ending with a stunning high note, despite battling illness in the days leading up to the finale.
The SBTN VOICE Finale also featured performances from 13 established Vietnamese singers, as well as a group performance by 15 contestants who returned to sing a new song by Ngọc Lễ, “Tôi Yêu Tiếng Việt Tôi”. A very meaningful song about loving the language and culture of your homeland, this performance was surely a highlight of the night.
The SBTN VOICE Finale will be released onto DVD in the near future. Congratulations to the winners and all the contestants, and wishing everyone much luck on their future endeavors! 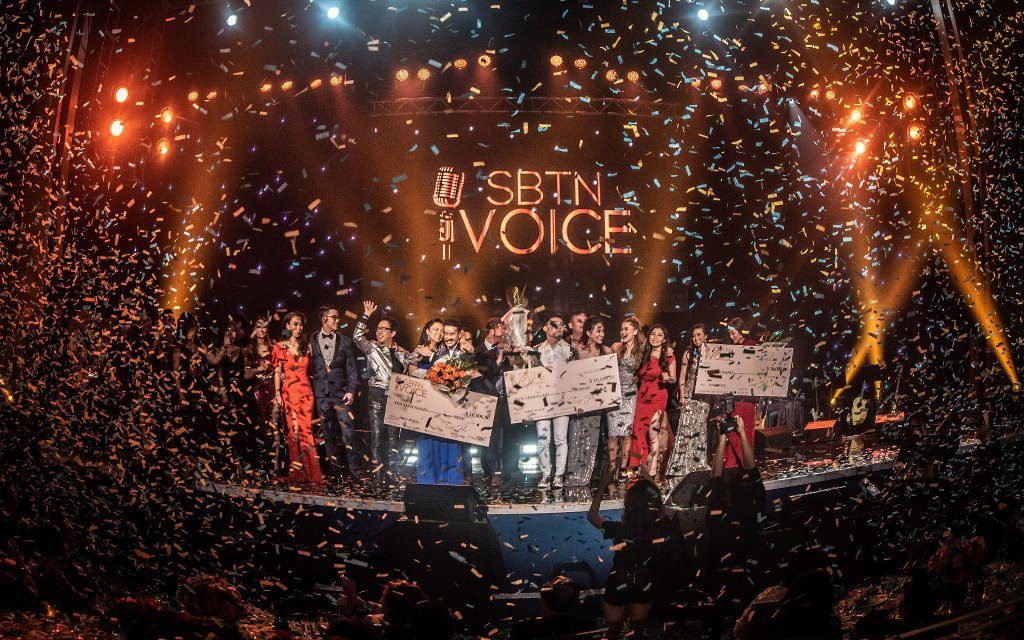