“Once you’re over the hill, you start to pick up speed”

Ngày 24/09/2017
'Once you're over the hill, you start to pick up speed,' says an advertisement for The Village at St. Elizabeth Mills in Hamilton. Images of active seniors promote sales of its theme-park retirement residences. (Zest Communities)

“I’m a huge Disney fan,” says the president of Zest Communities, a Hamilton property developer. “We go there every year with the family, my oldest son went there for his honeymoon. We’re Disney fanatics.”

That’s one reason DiFruscio turned to a theme park designer to help create a Hamilton retirement village, The Village at St. Elizabeth Mills.

“Rather than going and finding a traditional planner, I said we have to find someone who’s done resorts,” he explains.

Since when did a residence for retirees become a resort? The answer: when the baby boomers started leaving the workforce. They’re more active and affluent than previous generations, says DiFruscio, and they will expect a lot more than a daily card game or television show to keep them happy.

Golf, yoga, and pickleball will be among the activities at the village, along with wining, dining, shopping and socializing, in a themed environment with a historic mill at the centre. A poster for the retirement community pictures a silver-haired woman on a motorcycle with the slogan, “Once you’re over the hill, you start to pick up speed.” 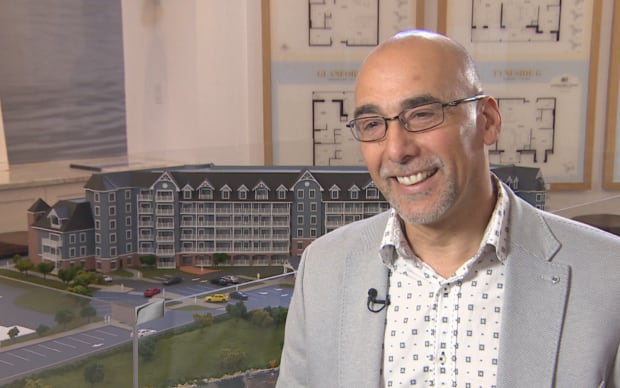 Tony DiFruscio believes the baby boomer generation has the money and the ambition to live a resort lifestyle. His company, Zest Communities, has turned to a theme park designer to help create its retirement village. (CBC)

Zest Communities isn’t building its village from scratch, though. It bought an existing retirement community of 900 residents, St. Elizabeth Village, three years ago. Renovation of existing bungalows is underway, and additional residences, including an apartment building, will be constructed. Eventually 3,000 units are planned.

‘I don’t want a ferris wheel in my backyard’

But not all of the current residents are thrilled with the $800 million plan.

“To be truthful, I thought. ‘Oh dear God, I do not want a ferris wheel in my backyard,'”  says Paulette Johnston, who’s been living at St. Elizabeth for seven years. Even after discovering there will be no ferris wheel, and that the theme aspect will be tasteful, she’s not interested in upgrading to one of the new residences.

It’s not uncommon to get a negative initial reaction to the idea of mixing retirement living and theme parks, according to the CEO of Forrec, the theme park design firm.

“Theme seems kind of a dirty word, and people think of everything that’s false,” says Gordon Dorrett. “But it’s an overused word. I mean, if you go to a railway museum, it’s themed about railways.”

Toronto-based Forrec is not well known in Canada, but the company has made a name for itself internationally, having done work in 30 countries. Germany’s Legoland, Universal Studios Florida and a massive water park in Beijing are among its projects.

“Literally 95 per cent of what we do is outside Canada,” explains Dorrett. Their first theme park was built here in Canada, though — the 35-year-old Canada’s Wonderland. 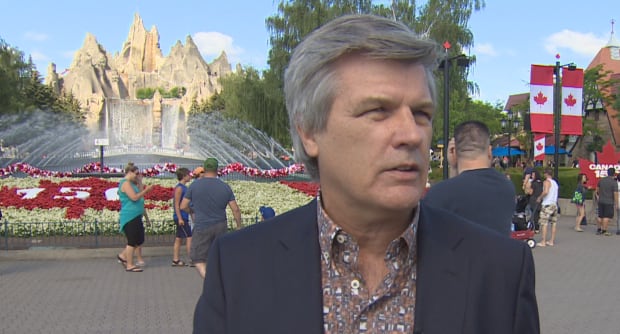 Forrec CEO Gordon Dorrett is eager for more projects in Canada. His firm designed The Villages near Sumter Landing, Fla., which the U.S. census ranked the fastest growing American city two years in a row. (CBC)

Forrec has already designed a retirement community similar to the one DiFruscio envisioned. The Villages is a successful development near Sumter Landing, Fla. It offers daily entertainment, sports and other activities, and its population numbers 160,000. The U.S. census ranked The Villages as the fastest growing American city two years in a row.

“People coming to retirement communities have much higher demands these days,” says Dorrett.

Those demands, along with the fast-growing ranks of retired baby boomers, are fuelling a building boom in Canada.

In Ontario “there are over 50 good-sized projects under development,” says Laurie Johnston, who heads the Ontario Retirement Communities Association. The organization represents operators of retirement residences including Chartwell, Revera and Amica. “And we’re also aware of another 20 significant additions to existing properties.”

Johnston says many of the new developments are so creative, they’ll attract more than just residents.

“In the old days you’d ask, ‘Do you want to go visit Grandma in the old folks’ home?’ and it might not generate much enthusiasm. Now what we’re talking about is, ‘Do you want to see Grandma today?’ and the reaction is, ‘Oh, I can’t wait, because there’s so much to do there and it’s so much fun.’ That is a shift.” 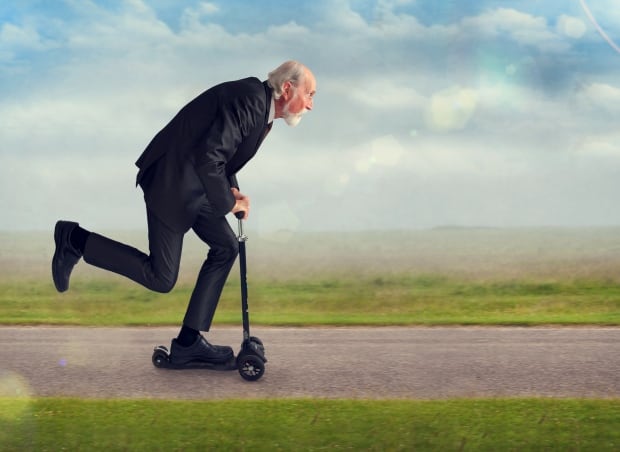 ‘The first 55 years of my childhood were the hardest,’ says the caption on this promotional poster for The Village at St. Elizabeth Mills. (CBC)

The need for more senior housing is likely to continue in Canada for decades. Last year, there were 2.5 million seniors aged 75 and over, but by 2036 that number with be 5.5 million, according to Statistics Canada.

Johnston says there is also a growing focus on low-income options, with governments partnering with developers. High-end, resort-style living clearly won’t be affordable for everyone. “If someone sells their house, that’s possible,” she says. “For someone who’s never owned a house, that’s not going to be an option.”

But it appears many do have the option. DiFruscio says Zest Communities has a waiting list of 300 for garden homes at St. Elizabeth Mills, but the company can only construct 50 a year.

“That’s why we’re looking to add more product now,” he says, “so we can allow more people to enjoy the lifestyle that we have here.”