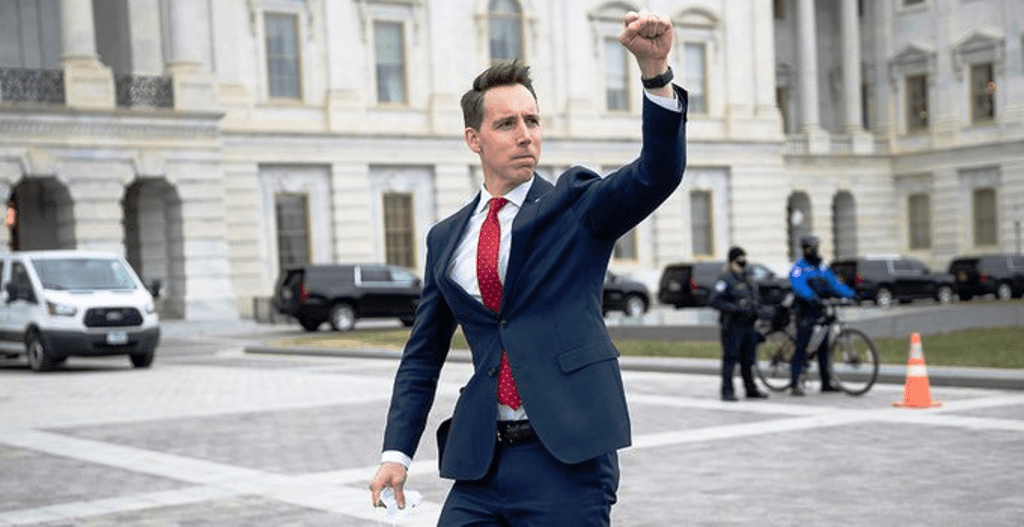 Blood on his hands’: Sen. Josh Hawley excoriated by his hometown paper

By Kim Bellware
Missouri Sen. Josh Hawley’s (R) objection to Joe Biden’s electoral college victory may have played well for Trump’s supporters storming the Capitol, but back in his home state, Hawley was seen as anything but a hero.

“Sen. Josh Hawley has blood on his hands in Capitol coup attempt” read the headline of a caustic editorial in the Kansas City Star, the largest newspaper in Missouri.

In scathing language, the editorial rebuked Hawley as self-interested and dishonest, propping up Trump’s baseless claims of stolen victory and voter fraud in an effort to further his own political career.

“Hawley’s actions in the last week had such impact that he deserves an impressive share of the blame for the blood that’s been shed,” the editorial board wrote.

Elsewhere, it pointedly observed, “Trump did not manage this madness on his own.”

Hawley was among a small handful of Republican senators who objected to the results in battleground states like Pennsylvania that Trump lost and made arguments over the state’s mail-in ballot provisions that the U.S. Supreme Court had already rejected.

After his fellow members of Congress were able to safely return to the Senate floor late Wednesday, Hawley thanked the Capitol police and condemned violence as a way to bring change.

Hours earlier, a group campaigning on Hawley’s behalf sent out a text message to his supporters as the Capitol was under siege.

“Hi, I’m Josh Hawley,” it read. “I am leading the charge to fight for free and fair elections.”

Prev Next 1 of 3,100
We use cookies on our website to give you the most relevant experience by remembering your preferences and repeat visits. By clicking “Accept”, you consent to the use of ALL the cookies.
Cookie settingsAccept
Manage consent