Best and worst foods to eat before sex

What’s best for the bedroom may come from the kitchen. Food, like sex, is a sensory experience, so it’s no surprise that the two are intimately intertwined. To that end, here’s a list of some of the best—and some of the worst—foods to eat before getting busy.

Watermelon
Watermelon naturally contains an amino acid called L-citrulline. In the body, L-citrulline is converted to L-arginine, which enhances nitric oxide-mediated vasodilation and endothelial function. This contributes to the hardness of erections, according to the authors of a study published in Urology.

In the study, men with mild erectile dysfunction (ED) taking L-citrulline also reported more episodes of intercourse per month vs those taking placebo and were “very satisfied” with the intervention. More research is needed to determine how much watermelon you’d have to eat to provide the desired effect, but researchers predict it could be an alternative for men who don’t want to take ED drugs like Viagra.

Fenugreek
Fenugreek is an herb that’s been used for centuries as a cooking spice in curry powders and spice mixtures in India and other parts of Asia. Fenugreek is also found in one-third of the top-selling sexual supplements created for men. Also known as “methi,” fenugreek is believed to improve hormonal regulation, with possible positive effects on male sexual health. In one study, researchers found that its use was associated with improved male sexual arousal and orgasm, with no adverse effects. (A spicy curry, though, may not be the most appetizing dish to eat before sex.) 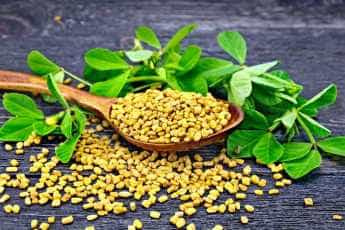 ios
Besides being high in unsaturated fatty acids and low in saturated fatty acids, pistachios are also great for the penis. In a study published in the International Journal of Impotence Research, a 3-week diet of 100 g of pistachios per day in 17 men was associated with improved erectile function scores. Another plus: Participants’ lipid parameters drastically improved following this diet. 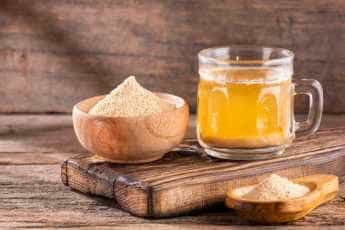 Maca
Maca is a Peruvian plant that has long been used to treat infertility in men. In a low-power, double-blind, randomized, pilot study involving 10 men with selective serotonin reuptake inhibitor (SSRI)-induced sexual dysfunction, maca 3.0 g/day significantly boosted libido. The authors noted that “maca root may alleviate SSRI-induced sexual dysfunction, and there may be a dose-related effect. Maca may also have a beneficial effect on libido.”

Carrots
Carrots and other fruits and vegetables that are high in carotenoids—such as squash, grapefruit, oranges, and apricots—have been linked to increased virility in men. Carotenoids are red, yellow, and orange pigments that act as antioxidants. In a cross-sectional study published in Fertility and Sterility, investigators assessed 189 men and found that increasing levels of carotenoid intake were correlated with increased sperm motility and, in the case of lycopene (a carotenoid that colors fruits and veggies red, like tomatoes), enhanced sperm morphology.

Alcohol
Wine time
A glass of champagne or a shot of tequila can release one’s sexual inhibitions, but a booze-fest can lead to a snooze-fest between the sheets. As Shakespeare wrote, alcohol “provokes the desire, but it takes away the performance.” Scientifically speaking, a low dose of alcohol can cause an acute increase in blood testosterone levels (sexual desire), but heavy alcohol consumption decreases blood testosterone (sexual performance). Furthermore, both women and men—despite their expectations—have reported that sex is more enjoyable without drinking alcohol than with it. 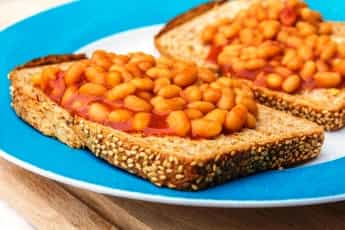 Beans
As the playground rhyme goes: “Beans, beans, they’re good for your heart / The more you eat, the more you fart / The more you fart, the better you feel / So eat those beans at every meal.” But your heart may not feel so amorous if you eat beans before being intimate. (Even the word “legume” is a turn-off.) While beans are nutritious, high in fiber, and rich in protein, they also contain oligosaccharides—indigestible sugars that the body can’t break down easily. The after-dinner results are often cramps and excessive gas—two things that certainly don’t add that special something to a romantic mood.

During a romantic dinner, don’t order the French onion soup. This is a no brainer, obviously. If you’re expecting some hanky-panky, don’t eat foods laden with onions. Not only will it affect your breath, but it could produce some skanky body odors, too.

Stinkiness aside, onions are good for boosting testosterone. Onions also promote nitric oxide production, which increases vascular dilation and improves blood flow to the nether regions. Fried onions were even considered a traditional aphrodisiac in India. Many in Western cultures, however, consider a person who smells like onions to be a turnoff. But if the smell floats your boat, then lucky you. 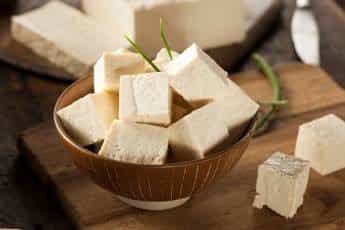 Tofu
A light meal may seem like a good idea before things get heavy in the bedroom, but eating too much tofu or other soybean foods can sabotage your sex drive. Soy contains high amounts of phytoestrogens, which can affect estrogen production. In women, high levels of soy can decrease estrogen and disrupt ovarian function, according to researchers of a study published in The Journal of Nutrition. In men, just a half serving of soy per day was enough to reduce sperm count by 40%, Harvard researchers found in a small study. 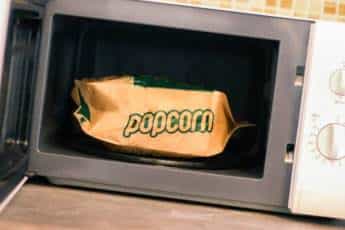 Microwave popcorn
If a night of “Netflix and chill” actually starts with Netflix instead of “chill,” then you might want to consider a different movie-time snack than microwave popcorn. Chemicals used in the inner lining of some microwave popcorn bags—including perfluoroalkyl acids such as perfluorooctane sulfonate (PFOS) and perfluorooctanoic acid (PFOA)—have been linked to a lower sex drive in men. These chemicals, also found in nonstick pots and pans, are known to significantly lower sperm counts as well, according to researchers. Although PFOA and PFOS are being phased out in US manufacturing, alternative compounds to replace them have raised similar concerns of toxicity.

Bottom line
When it comes down to getting down, there really are no “best” or “worst” foods for sex. Intimacy and stimulation usually depend more on what’s in your mind and heart than what’s in your stomach. So, let whatever works for you simply work for you. (But, really, do your partner a favor—skip the onions.)