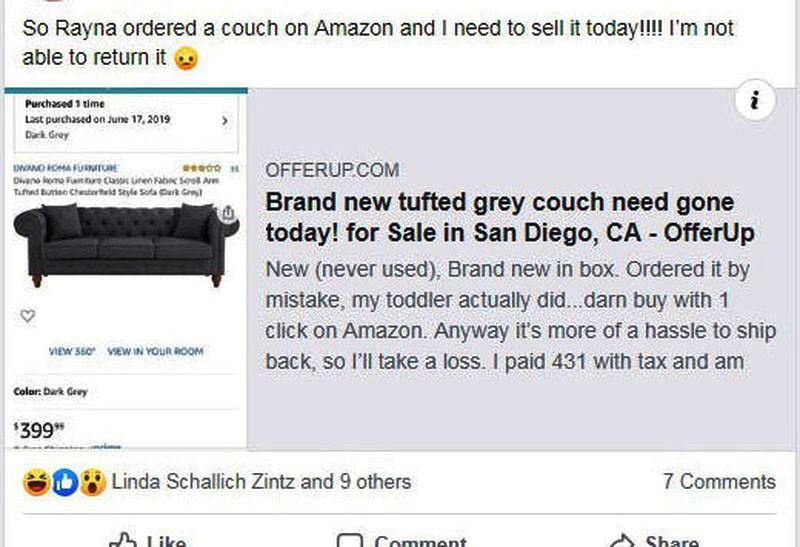 Amazon has swiftly given a refund to the California mother whose 2-year-old bought a $430 couch while playing with her phone.

Isabella McNeil was looking to buy a new couch and had been browsing options in the Amazon app, but hadn’t decided on one yet.

Her daughter Rayna ended up making a choice for her when she purchased a grey $430 couch using the “1-Click” purchase feature.

McNeil didn’t realize what had happened until she got the shipping notification a few days later at work and at that point it was too late to cancel the order.

“Lesson learned,” McNeil said. “Now I know it’s really dangerous and (I need) to make sure the Amazon app is closed before my daughter takes the phone. It’s just so easy.