(CNN, Apr 13rd, 2020)The deadly rash of severe weather that killed 18 people and destroyed hundreds of structures in the South is heading north.

In Mississippi, at least 11 people were killed in the severe weather, the state’s Department of Emergency Management tweeted.
In Georgia, six people were killed — including five people in Murray County and one man in Cartersville, local officials said.
At least one house in Upson County, Georgia, was picked up and moved by the storm, CNN affiliate WSB reported Monday.
And in Arkansas, one person was killed after a tree fell on a home in Jefferson County, county emergency management director Karen Blevins said.
Emergency officials told residents that sheltering for safety from the storms takes priority over the social distancing guidelines in place to slow the spread of coronavirus.
The Mississippi Emergency Management Agency emphasized that people should have a safe place to go — and if that’s a public shelter, to continue practicing social distancing. 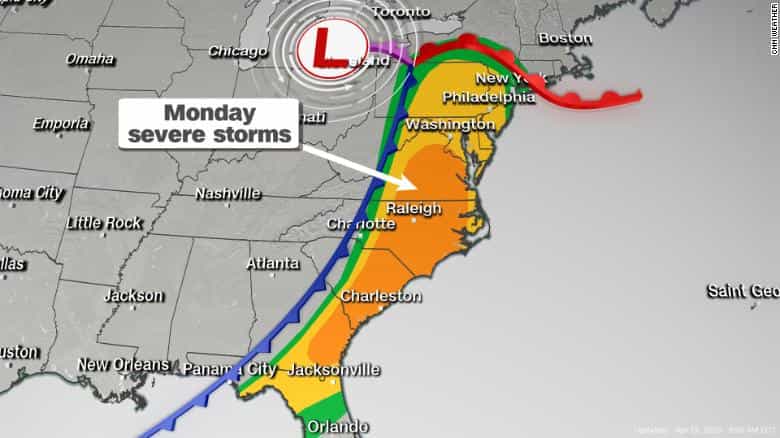