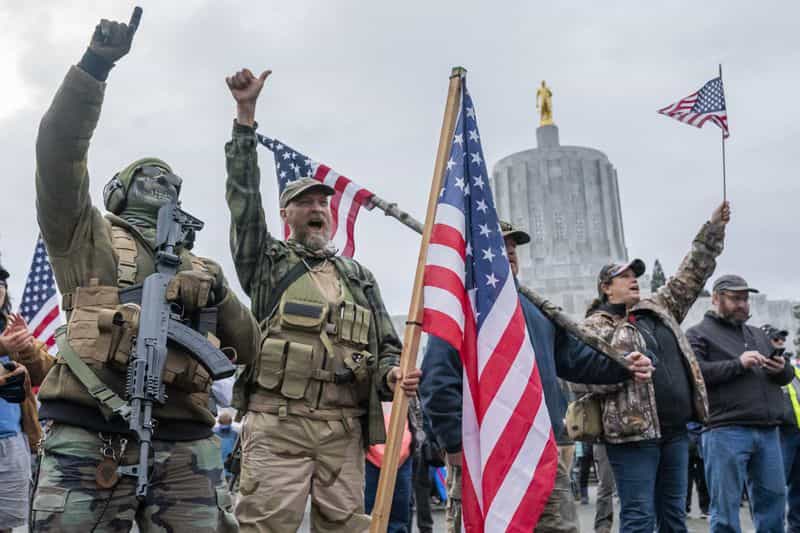 (NY Daily News): Far-right extremists are calling on Trump supporters to “storm” the U.S. Capitol again and stage “armed protests” at state government buildings across the country — including in New York — in the lead-up to President-elect Joe Biden’s inauguration, according to the FBI.

An internal FBI bulletin obtained by ABC News warns that the armed actions are being planned “at all 50 state capitols” between Jan. 16 and Jan. 20. The U.S. Capitol, which is under tight security since last week’s deadly pro-Trump siege, faces threats of more attacks starting Jan. 17 through Inauguration Day, according to the bulletin.

The FBI memo, which was distributed to state and local law enforcement agencies, said one group has called for a particularly violent “storming” of government buildings if President Trump is removed from office before Biden’s inauguration, as momentum grows on Capitol Hill for impeachment or an invocation of the 25th Amendment.

“They have warned that if Congress attempts to remove POTUS … a huge uprising will occur,” the bulletin reportedly states, using an acronym for the president.

Prev Next 1 of 3,105
We use cookies on our website to give you the most relevant experience by remembering your preferences and repeat visits. By clicking “Accept”, you consent to the use of ALL the cookies.
Cookie settingsAccept
Manage consent