In celebration of his 20 year long career as a singer, Đình Bảo held a special live show, “Chuyện Tình”, which was released onto DVD last month. While he has been performing with Paris By Night since 2012, Đình Bảo’s career began well before that, with many fans knowing the singer first as the baritone member of boy band AC&M from Vietnam. Throughout his 20 years in the music industry, Đình Bảo has exemplified his many talents as a vocalist, songwriter, recording engineer, and music teacher. Rightfully so, Đình Bảo finally has a live show DVD to gift fans who have been supporting him over the years.
Of course, the live show treats fans to a number of solo performances from Đình Bảo, including songs such as “Em Với Tôi,” “Thành Phố Buồn,” and “Ru Em”. In addition, viewers can also look forward to a number of special guests, including Bằng Kiều, Thiên Tôn, Lam Anh, Nguyễn Hồng Nhung, Thanh Hà, Ngọc Hương, Hà Trần, Hoàng Mỹ An, and Minh Tuyết. Some highly notable performances include Thiên Tôn’s duet with Đình Bảo on “Thành Phố Sương”, the trio of Đình Bảo, Thiên Tôn and Bằng Kiều on the song “Nguồn Sáng Trong Tim Tôi”, and “Dốc Mơ” which Đình Bảo performed with Thanh Hà. Đình Bảo has a special strength in singing harmonies and background vocals with accuracy and ease, and fans will definitely hear this talent throughout the show.
Live Show “Chuyện Tình” is currently available on DVD and can be purchased at your local Vietnamese store, or online at www.thuyngashop.com. Please support Vietnamese music and artists by purchasing ORIGINAL products only! 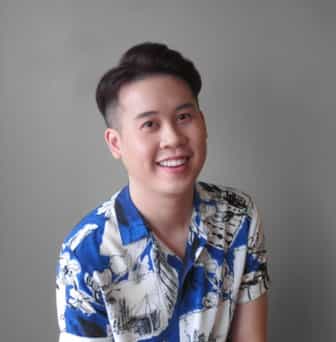 Artist of the Month: Ngọc Lan