(USA Today):A record-breaking cold front is expected to sweep across the U.S. from Sunday November 10th into Tuesday November 12th, with freezing temperatures stretching as far south as parts of the Gulf Coast.

Where will the arctic blast hit?

The front will plunge down from the arctic through the northern Plains and upper Midwest Sunday, when temperatures could be 20 to 30 degrees below normal in some areas, the Weather Channel said. The cold will sweep into the southern Plains and Ohio Valley Monday, then through most of the East Coast and Deep South by Tuesday.

High temperatures on Monday may be stuck in the teens and 20s in the Midwest and around the Great Lakes. It could be the coldest Veterans Day on record in cities such as Chicago and Minneapolis, according to the Weather Channel. 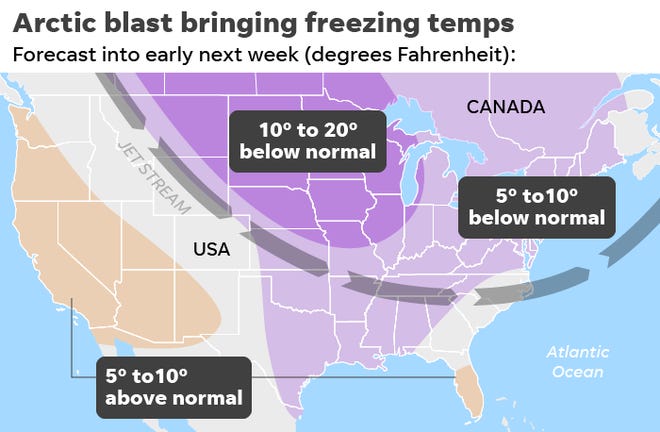 People For Proudly Announces Its Endorsement of Bee Nguyen, Candidate for Georgia…